Mahan Manor was originally built from 1806-1808 as a two-story log cabin (the original structure is shown above between the chimneys). The home was given as a wedding gift to Virginia and Howard in 1921, by Virginia’s family. 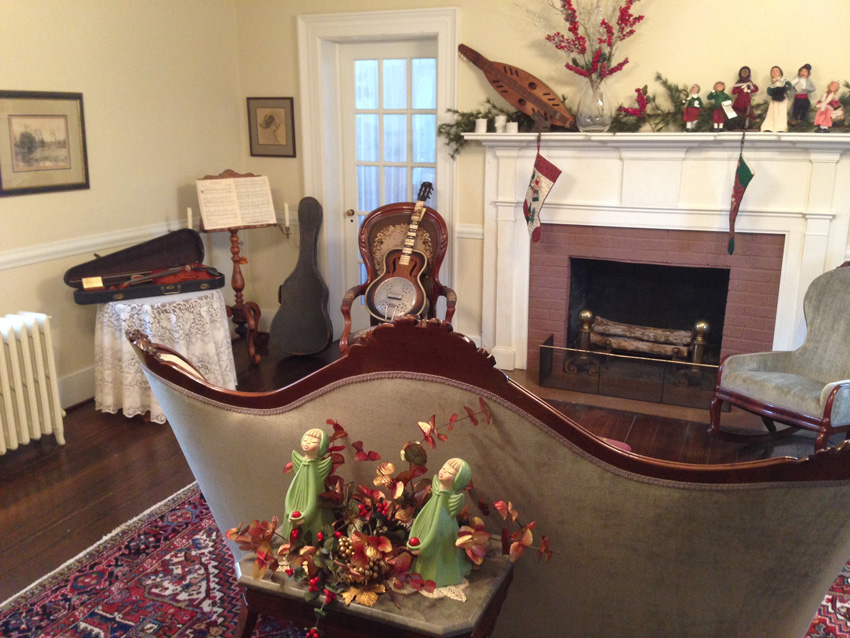 The bare logs were showing, however, since this represented a low income status, the Mahans covered it with cedar clapboards. The original logs are still found under the current siding! They added a kitchen, breakfast room, and indoor bathroom upstairs, and a bedroom and dressing room on the first floor. They even turned the livestock holding area into a modern hallway! They named the farm Hill O’Content Farm, and raised cattle, ducks, saddlebred horses and many more animals. 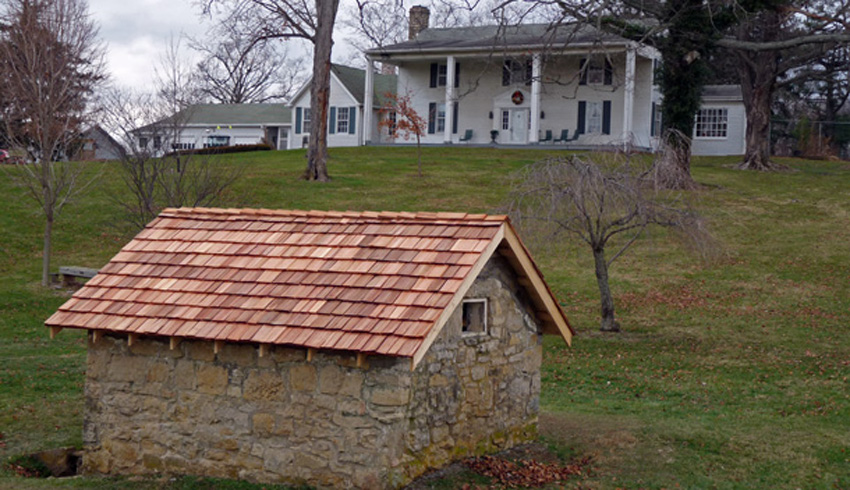 The springhouse just below the manor was the original water source for the farm.  It was built in 1803 with locally quarried limestone as the first building on the property. The family would store milk, fruits and vegetables in the springhouse to keep them cool, since there was no other source of refrigeration. The active spring still runs today, flowing underground to the blue spruce tree nearby, and feeding many other streams in the area. A storm blew the roof off, so a new roof of authentic cedar shakes was built in 2008.